We understand that our business activities benefit from the blessings of nature and at the same time, give various environmental impacts. We will deepen our people’s understanding of the importance of “Conserving Biodiversity” and contribute to realizing a sustainable society through our products and innovative technologies.

❶ We will contribute to conserving biodiversity through the development and supply of environmentally conscious products and innovative related technologies and thus promote our water processing business and renewable energy-related business and reduction of the use of hazardous chemical substances in our products.
❷ We will clarify how our business activities interrelate with biodiversity and we will help to conserve biodiversity by reducing the environmental impacts of our business activities.
❸ We will comply with applicable laws, regulations and international rules relating to biodiversity.
❹ We will deepen our people’s understanding of “conserving biodiversity” and we will take voluntary related initiatives at home and abroad.
❺ We will undertake activities in cooperation with our stakeholders such as local communities, non-profit organizations (NPOs), and non-governmental organizations (NGOs), governments, etc., and we will promote environmental communication with such activities’ information.

Map of Relationships between Business Activities and Biodiversity

* This map is based on the Business & Biodiversity Interrelationship Map® of the Japan Business Initiative for Biodiversity (JBIB).

A Head Office Building that is Considerate of Biodiversity

Initiatives
A Head Office Building that is Considerate of Biodiversity

The ThinkPark Tower head office building in Osaki, Shinagawa City, Tokyo, is surrounded by the ThinkPark Forest on a block that is approximately 40% greenery. It is an oasis in the city and provides a relaxing space for employees and the local community.
Also, the Kazenomichi Path, which was designed so that the prevailing wind blows from the Meguro River and Tokyo Bay, provides relief from the heat island effect.
ThinkPark Forest has been certified as an “urban oasis” by the Social and Environmental Green Evaluation System (SEGES).*

*A certification system for evaluation of green initiatives. 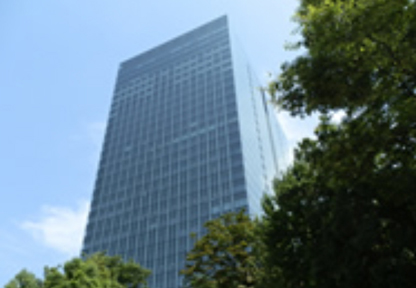 Initiatives at Each Site for the Preservation of Biodiversity

Initiatives at Each Site for the Preservation of Biodiversity

At each site of the Meiden Group, we are working to preserve biodiversity on the grounds of each site and nearby. 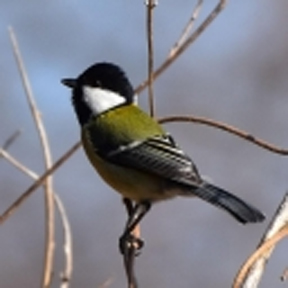 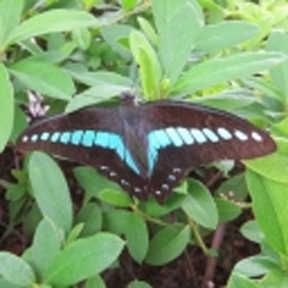 We placed a motion-activated camera at the wild bird watering area we created in ThinkPark Forest. The footage from the camera shows visits from birds such as warbling white eyes and brown-eared bulbuls, while also providing evidence that the watering area is used as a stopover by migratory birds including being used by narcissus flycatchers as they pass by in summer.
Since fiscal 2016, we have compiled observation reports based on the recorded camera footage with the assistance of the Nature Conservation Society of Japan.

The Numazu works is blessed with the bounty of nature such as a green zone (area = approximately 65 thousand m2) and groundwater. We are conducting activities use these natural resources in a sustainable manner and contribute to the community.

At the Summer Holiday Eco Classroom for Parents and Children held by Numazu City, we introduced the environmental activities undertaken at the Numazu works. In fiscal 2018, there were 30 participants from 12 families living in Numazu City. They participated in surveys of organisms, test rides in electric vehicles, events featuring rhinoceros beetles and stag beetles, made possible by the support of Meiden System Manufacturing Corporation, and a tour of the solar power system at the south office block, which was completed in May, 2018. This event was a good opportunity to provide fond memories of the summer holidays for both parents and children while teaching them about the appeal of connections with nature. 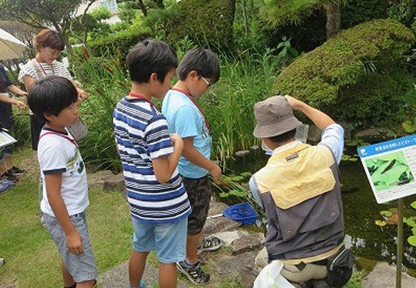 We survey the diverse range of organisms that inhabit the grounds and include them in the Meidensha Numazu Works Ikimono Map.
In fiscal 2018, we conducted a survey of the organisms in the green zone in the grounds and discovered organisms such as the Asian swallowtail butterfly and the blue rock thrush. The results of the survey will be used in future activities.

Through the survey of organisms, we discovered atrocalopteryx atrata dragonflies, which are classified as class II endangered species, at the Numazu works. We hope to maintain a biotope where these dragonflies will lay their eggs. 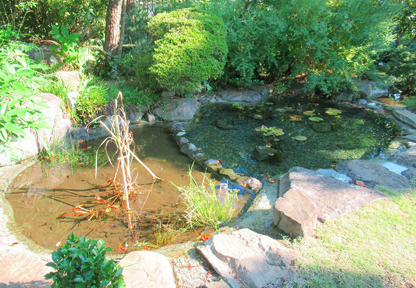 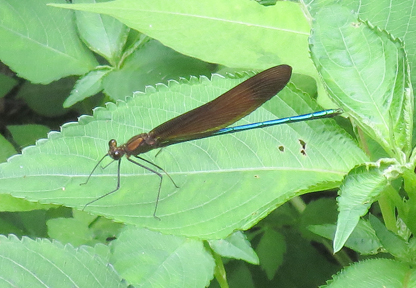 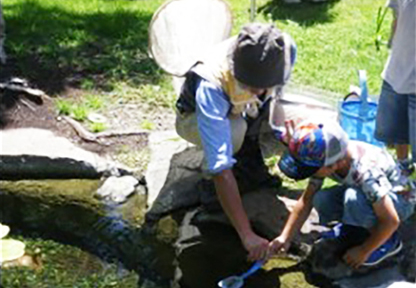 At the Ota works, we conducted an on-site botanical survey and found more than 30 varieties of trees. We included the results of the survey on the Ota Works Green Zone Map and we will apply the knowledge gained fur future utilization of the green zone.

The red pine forest in Kanayama is the most well-known natural landscape in Ota City. Kanayama castle was created using the natural contours of Kanayama and it is a precious historic site that is listed in the top 100 castles in Japan. The Ota works is registered as part of the “red pine management owner system” and we work to preserve the red pine forest by participating in activities such as weeding. 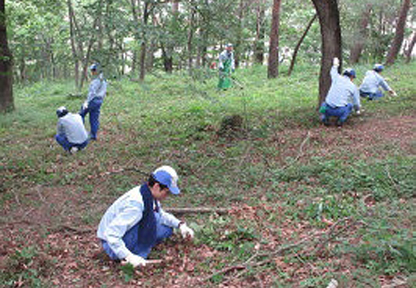 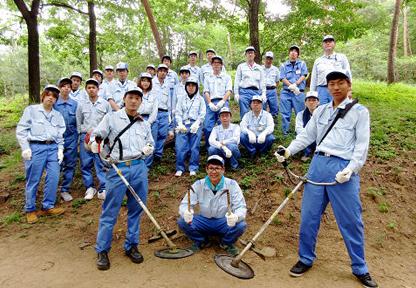 In fiscal 2018, we conducted a botanical and ornithological survey of the Nagoya works. As a result of the survey, we discovered many varieties of trees, including trees that are native to the area such as holly, and cleyera japonica. Also, we found seven species of bird, including swallows and white wagtails. We will use the knowledge gained about the features of the works and the issues we are facing that were uncovered by this survey in future conservation activities. 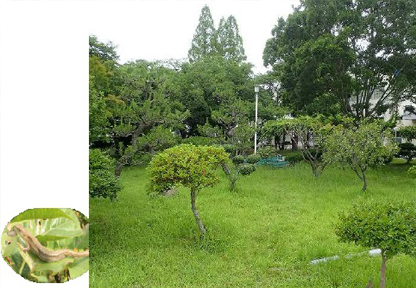 Lawn area and grass lizard at the works

The Biodiversity Working Group, The 4 Electrical and Electronic Industry Associations

The Biodiversity Working Group, The 4 Electrical and Electronic Industry Associations

Meidensha has participated in the Biodiversity Working Group since its creation by the four electrical and electronic industry associations* in fiscal 2011. Through this working group, we have promoted the biodiversity initiatives of industry associations and maximized the effectiveness of our own initiatives as a part of the electrical and electronics industry.
In fiscal 2018, Let's Try Biodiversity! (LTB), which was launched by the working group in May 2018, was awarded a Biodiversity Action Award 2018 in the Let’s Show division. 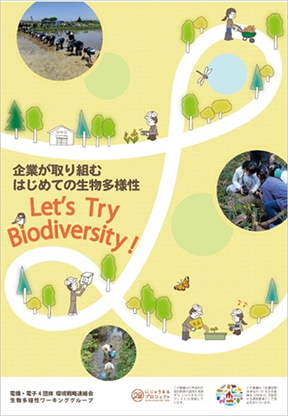 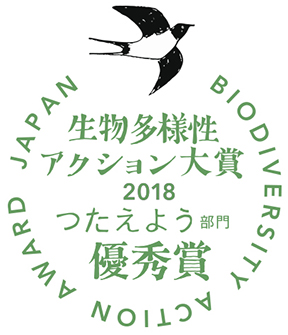