1. We shall contribute to the sustainable development of society through our main business of manufacturer and supplier of electromechanical products.
2. We appreciate the local communities that support our business activities and we shall execute social contribution that helps the progress of community development.
3. The Group’s executive officers and employees shall voluntarily support our social contribution initiatives.

We are working to conduct positive communication with people in the local community and our stakeholders that support us on a day-to-day basis, through contributions to society according to the Meiden Group Social Contribution Policies.
In 1918, Take Shigemune, the second President of the Company and wife of our founder, Hosui Shigemune, used her own funds to establish Hosui Elementary School in Osaki (Shinagawa City, Tokyo), an area where the Company had a factory. Following in her footsteps, the Meiden Group will make a wide variety of social contributions through our active involvement with local communities and with society.

The Meiden Group conducts business activities in various countries and regions and is supported by hiring workers from surrounding areas and building positive relationships. Based on Meiden Group Social Contribution Policy 2. “we appreciate the local communities that support our business activities and we shall execute social contribution that helps the progress of community development,” we conduct internships (job experience), support for education, volunteer activities, and environmental activities, etc. In Japan, each year, we actively conduct internships (job experience) for university, vocational college, and high school students, and provide career-path support and opportunities to deepen understanding of work and society. The Meiden Group will continue to engage in a range of social contribution activities and contribute to the development of local communities.

In order to tackle a range of issues arising from aging plumbing personnel employed by local governments such as labor shortages, passing on of skills, and risk management, the Meiden Group not only designs and manufactures electrical equipment, but offers a one-stop service that includes maintenance services, and management of the operation of facilities. In April, 2017, a private sector group, for which Meidensha is the representative company, established East Gunma Water Supply Service Co., Ltd. along with the East Gunma Water Supply Industry Association through joint financing, and commenced water supply operations and comprehensive projects including extension works in three cities and five towns in the East Gunma region. Through this venture, we were able to achieve efficient business administration and transmission of skills to personnel, achieve public benefit, create new employment opportunities, and reduce maintenance costs, by leveraging the skills and knowhow of private enterprise.

In Support of Local Community and Government Initiatives: Donation of Facilities to Schools in Thailand

In the Kingdom of Thailand, we donated facilities for two schools in the mountainous regions of the north of Thailand, which are populated by ethnic minorities, in fiscal 2017, to celebrate Meidensha’s 120th anniversary and the 50th anniversary of THAI MEIDENSHA CO., LTD. We donated a library and a water tank to Kalayaniwattana Secondary School, which was one of those schools. As these regions are surrounded by mountains, it takes a long time to travel to school and many students choose to live in dormitories. With this water tank to store the water that is necessary for life and this library to help students learn, Meidensha was able to support children’s rights and business principles, improve the learning environment for children in accordance with these principles, and contribute to the provision of opportunities for children to receive reliable and high-quality education. Employees of THAI MEIDENSHA CO., LTD. visit the two schools to which facilities were donated on an ongoing basis, and maintain connections with learning activities, teachers, and the local community through activities with students. 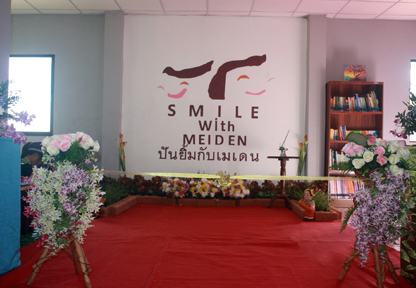 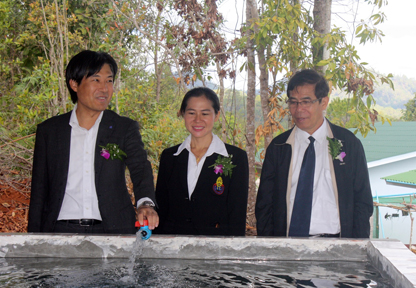 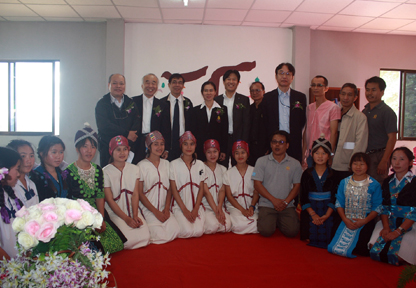 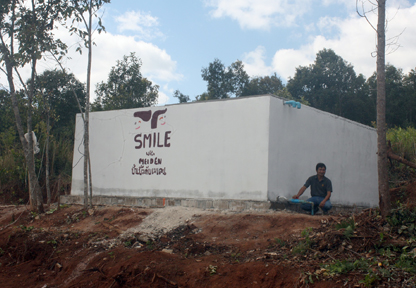 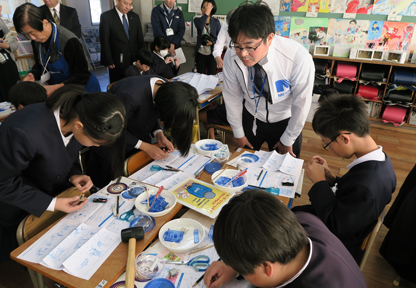 We support cultural exchange between children at Hosui Elementary School in Shinagawa-ku, which was established at the behest of the founder, Hosui Shigemune and recently celebrated its 100th anniversary, and Mae Cam's Baan Thung Yao Primary School in Northern Thailand, to which we donated school buildings in 2017 as one of Meidensha’s 120th Anniversary Projects.
We held visiting lectures to learn about other cultures and we helped children, who carry the hopes of the future, feel the importance of coming into contact with other cultures by donating tools using the bell mark, and exchanging video letters and pictures between the schools.

At each of our sites, we actively encourage workplace visits by local junior high school students and conduct explanations of corporate initiatives, observations of facilities, and question and answer sessions with employees, etc., as part of children’s career education.
Furthermore, since fiscal 2017 we have held visiting lectures entitled “how does electricity reach us?” for second-year junior high school students in the areas around our sites, through which children can learn about the importance of electricity through experience.

The Meiden Group conducts endowed courses at overseas universities in Thailand and India, which began as one of our 120th Anniversary Projects. We have rolled out a unique curriculum at the Ladkrabang Campus of Thailand’s King Mongkut’s Institute of Technology and India’s NBKR Institute of Science & Technology in order to develop future engineers.

The Meiden Group engages in environmental beautification activities such as cleaning up litter and weeding at sites around Japan on a day-to-day basis, in order to coexist with local communities. Local residents value the contributions we have made over many years, and these beautification activities also contribute to a sense of social contribution and foster a sense of community amongst employees.